Whether you use a Mac or PC with Windows or Linux, your Intel computer runs some other operating systems in the background without bothering you with this piece of information. These OSs run all the time, have amazing capabilities and are impossible to remove.

Some time ago, computer scientists devised a mechanism called protection rings which has the purpose of allowing operating systems limit access to resources. It goes from ring 0 (most privileges) to ring 3 (least privileges). For example, the kernel of your operating system runs at ring 0 and your web browser at ring 3. The kernel should have the capability to access all the RAM to allocate it to different programs, but your web browser should not be able to read the memory of your bitcoin wallet software.

Then it came hardware virtualization and that hypervisor runs one level below the kernel so that the guest OS can run just as before. We call this ring -1.

Bellow ring -1 there are many other things lurking in the shadows. 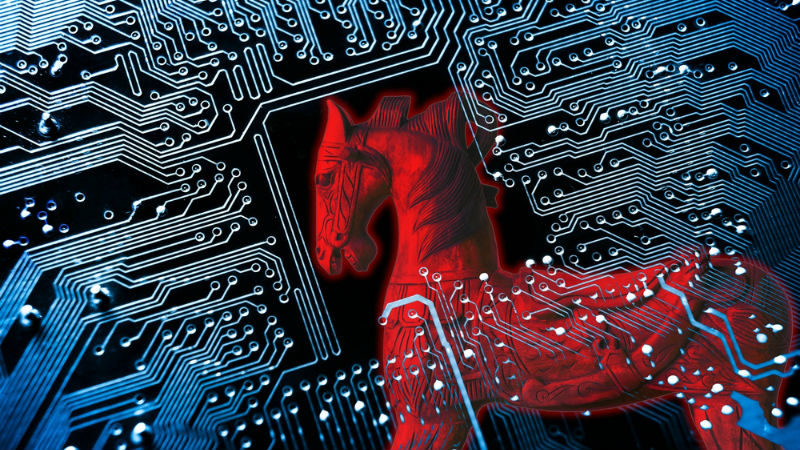 This is a special operating mode of your CPU, which runs code from the firmware completely independent of the Operating System. Some people call this ring -2.

It does things such as: 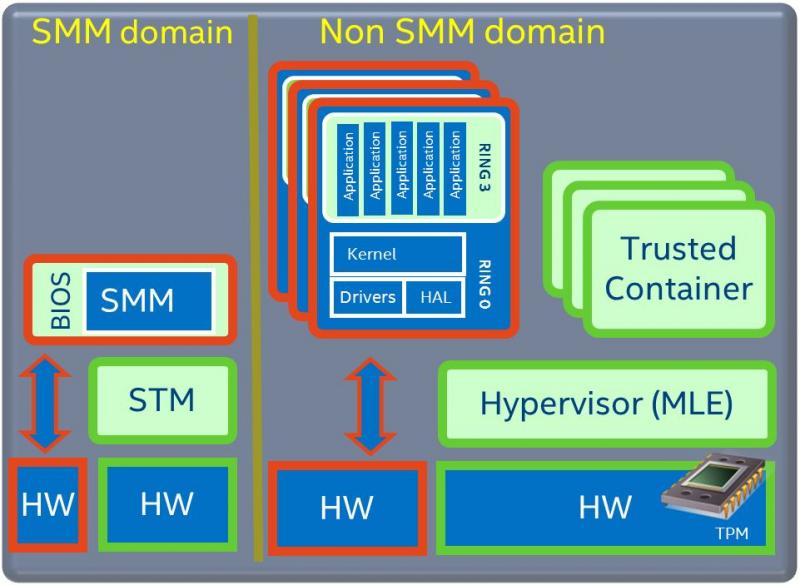 SMM was designed so it can’t be overwritten by the main OS when it’s enabled and it reserves 8MB of RAM which is not visible anymore.

SMM runs the vendor code all the time and you can’t do much about it. You don’t see what and when it runs and it has excellent control over USB or other peripherals.

The code that runs in SMM takes time away from applications and in current implementations, it switches all the cores even to add 1+1.

But of course, you should trust your vendor will do a good job here. It’s not like NSA exploited SMM against the most reputable vendors like Dell, HP and Juniper.

The word “extensible” sounds good in general, but not so good for things you want to be specific, simple and secure.

This is a piece of software that replaces the BIOS which has some limitations such as it can only run in 16bit mode, address 1MB of memory and use up to 2TB drives. The specification was originally developed by Intel but in 2005 this responsibility was transferred to the UEFI Forum.

The main features of UEFI I would like to debate are:

Let’s take this great features one at a time:

Most of UEFI is closed source and only the vendor knows what’s there. Some parts of it are OpenSource but basically that doesn’t make a difference for the end user.

In a nutshell, UEFI is an extremely complex proprietary kernel which runs on the main CPU even while your OS is running. Exploits where demonstrated this year which work even when updates and security measures are in place.

This is the masterpiece. RING -3

It is a separate processor core embedded in the CPU package, with internal ROM, RAM and DMA (direct memory access) to the main system memory. In addition to that, it has network access with its own MAC address through the ethernet controller.

When you apply power, the first thing that starts is ME, which loads its firmware from the flash chip where you usually also have the UEFI firmware and SMM stuff. Parts of this firmware are signed by Intel and if it doesn’t find what it expects it either doesn’t start the main CPU or it reboots the computer every 30 minutes.

One nice component of ME is Active Management Technology (AMT) which can be used remotely even when the PC is turned off.

Another nice one is Protected Audio Video Path (PAVP) which allows ME to communicate with the GPU so it can read and write to the screen. I wonder about the audio capabilities which are hinted in the name.

In a nutshell, ME is the nicest control tool which runs a proprietary MINIX based OS that can do everything on your computer:

Having so nice features it was surely bound to be vulnerable for 9 years. If you have an i3, i5 or i7 computer bought before the end of 2017 then you are likely vulnerable.

If you want to know more, in the PCH datasheet at chapter 5.25 you can see a short overview. The PCH is the die on the right side of the image below. 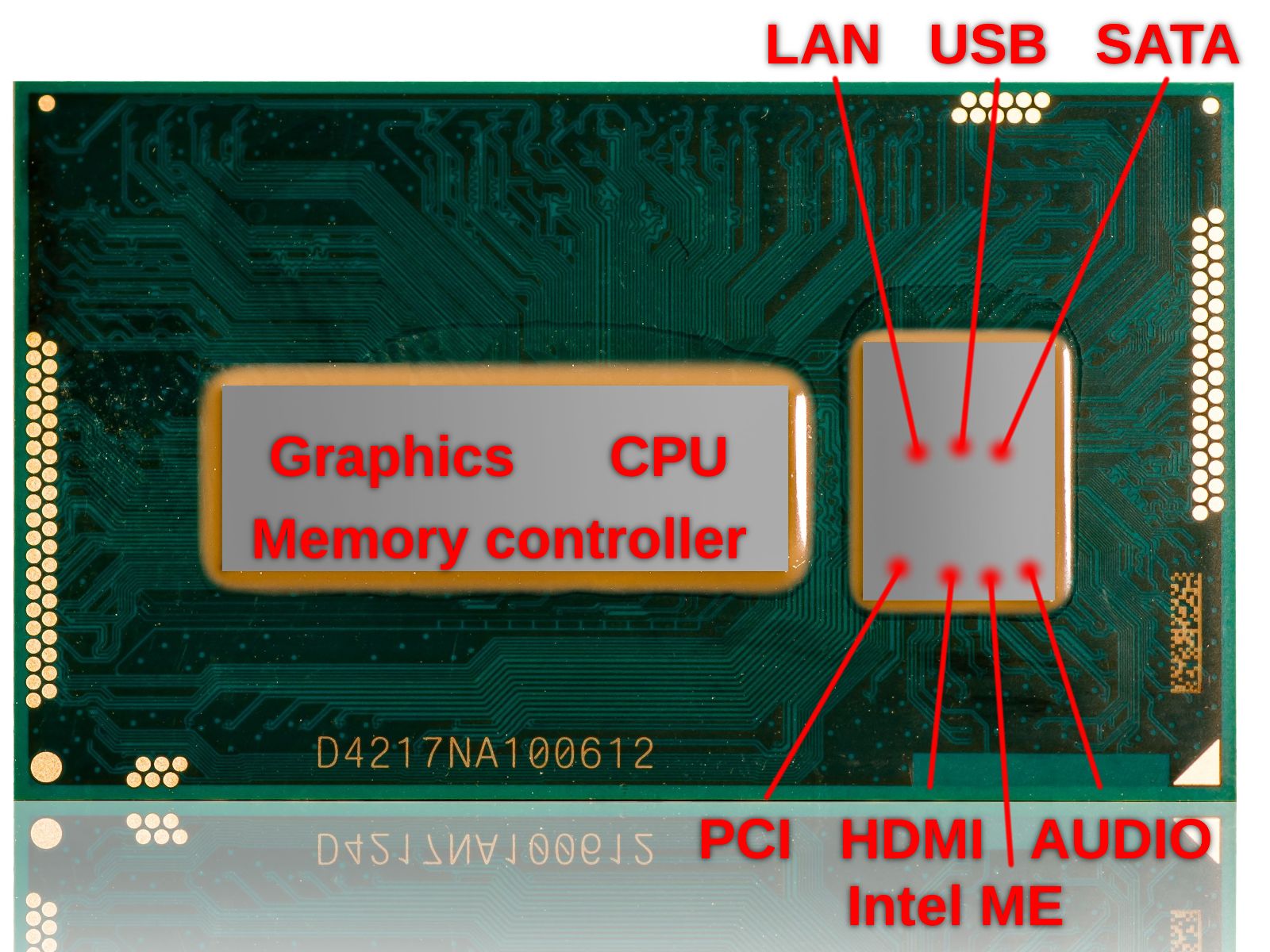 Can we do something about it?

Technically speaking, the options are very limited. All these beautiful things are burned on a flash chip like this one you can see on the right side of the CPU in my PC. 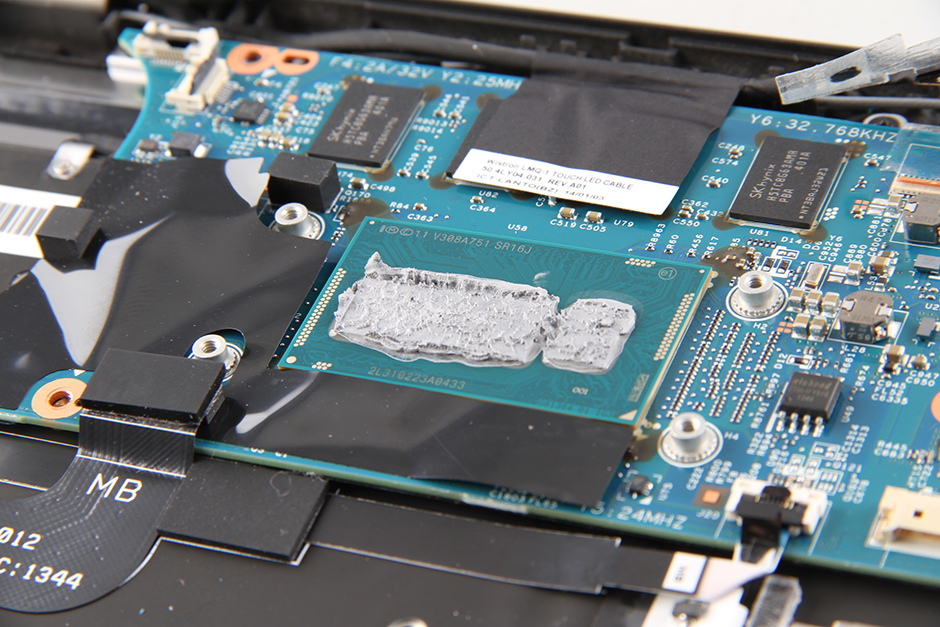 In theory, we could do the following:

… or maybe I will just buy a Purism computer next time.

If you are a Windows or MAC user, I think your only option is to complain to the government. Spreading awareness is something that I am sure you can do.

We only talked about Intel here but AMD does something similar. Chromebooks are a little less affected by this but they only run Google stuff.

Most of us are always running a version of MINIX on their computers, which makes Tanenbaum very happy because MINIX is used more than Windows, Linux or MacOS.

To access AMT you can use the user “admin” with an empty password and you have complete control. The right janitor in the wrong network would make a very interesting story.

We also run UEFI and SMM stuff all the time which was proven to be exploited very effectively time and time again.