The Internet was made for Latin script, more specifically a-z, 0-9 and a hyphen. Of course, I’m talking about Internet addresses, which is exactly how you reach content online. The problem is that around 2 billion people actually use Chinese, Arabic, Devanagari, Cyrillic and other writing systems. Even the French, Germans and Romanians have non-latin characters so let’s see how those are handled online.

I got the domain ă.cc. How can I use it? 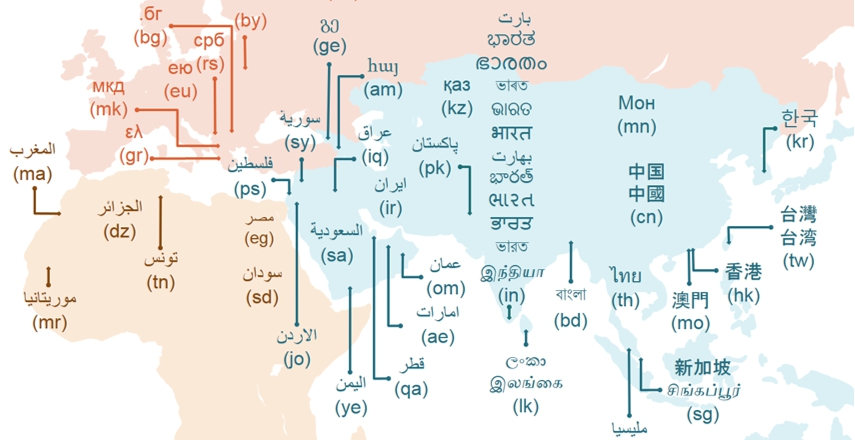 The DNS, which is the system that helps us get around online using names instead of IP addresses is restricted to only ASCII characters. It makes sense to me because:

Nevertheless, in 1996 a guy from Zurich felt that we need domains with all types of characters so he wrote a draft. People implemented, debated and more than a decade later, in 2009 ICANN brought the languages of the world to the global Internet.

Internationalized domain names (IDNs for short) are domain names which use non-ASCII characters and could be helpful to more than 30% of the world population.

But all this time DNS didn’t change, so how does this work?!

At some point, some guy proposed a standard for converting any character (Unicode) into ASCII. This is called Punycode. For my domain, ă.cc, Punycode looks like xn--0da.cc. The character ă is actually 0da. xn-- tells applications this is Punycode.

So, IDNs are implemented at the application level. Internet Explorer started to support this late 2006 and others a little bit earlier but it seems that 12 years later, support is poor in pretty much any other basic tool.

In 2018 we have AI which recognizes my face better than my family but most tools don’t work with domains such as рнидс.срб. It seems seriously limiting and I don’t like that. I guess I will start bothering some people about this.